The new Latvian Radio album “Give in to the night” has now been released, check out the video of the first single Tokyo Rain.
The album just entered the NACC 200 US college radio chart and is right now at no 136. The reviews have been very good,
and “Give in to the night” even got on to Absolute Powerpop and International Pop Overthrow’s Album of the year lists!

“Six prior LPs established pedigree, Give In To The Night steps up their game.”
“2017’s gem Pick Your Poison, Pick Your Blues revealed their maturation, but
perfecting that craft is in order here.”
“There’s something glorious about these big chorus hooks, multidimensional new
wave flecks, 1965 Kinks bounce, plus crafty, welcome political distaste.”
– Jack Rabid, Big Takeover Magazine

And where can you get it? At CDBaby of course!

New York based, indie-power pop greats Latvian Radio have been embraced by critics
and college radio alike since their start back in 2005, evolving from the first punk rock version
of the band known as the B-Sides. Their records have ended up on various best album
of the year lists as well as all over the college radio charts. With their 7th release
“Give In To The Night” they have made their most prolific and ambitous album to date.
It blends their signature melodic hooks with angular, abrasive guitars and at times a stark
post-punk ambiance. The press has linked them to the likes of the Replacements, early REM,
the New Pornographers, the Shins, Big Star, Wilco and Elvis Costello & the Attractions. 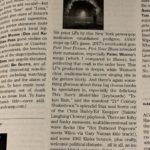 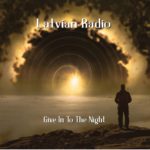