Stellan Wahlström Drift Band’s new album “As real as in a dream”has now been released and this is the video of the title track.

Some fine reviews have already appeared:

“Wahlström has found a pace and space that remains pleasingly consistent. Skirting close to artsy alt-rock – think Television or even Lou Reed –
he has an amazing talent for telling clear narrative stories set to lovely lilting melodies.
There’s a distinctly live feel to this album which was recorded directly onto analogue tape with the minimum of overdubs or flashy effects
from The Drift Band.”
★★★★
//Shindig (UK)

“He sings with similar unhurried patience, surveying scenes and seeing wider, discontented pictures, like “Nothing more will come out of this” with
its “bleaker morning coming”. But the more rousing, guitar-centric “Into the light” and “Waiting” are best, befitting boys that once played CBGB,
and whose leader drummed for ’80s garage faves Wylde Mammoths.
Good songwriting remains anyone’s friend”.
//The Big Takeover (US)

“A perfect soundtrack for the autumn of 2022. The will to tell and the ability to reach the listener is something Stellan Wahlström seems to have in his blood and it sounds like he performs his art without any noticeable effort. The beautifully melancholic and melodic music heightens and reinforces what he wants to say in the same natural way, and after a couple of songs you’re completely drawn into the dreamlike journey that “As real as in a dream” offers. Tindersticks comes to mind. “As real as in a dream” is yet again a very successfully executed album by Stellan Wahlström Drift Band.”
8/10
//Zero Magazine (Sweden)

The Big Takeover Magazine also premiered the new video on their homepage.

Through this HearNow-link you can find your preferred listening place.

The vinyl album can be ordered directly from our distributor Hot Stuff or if you’re in Stockholm you can find it at good record stores like Pet Sounds, Record Mania, Larry’s Corner, Runt Runt, Bengans and An ideal for living.

Everything else you need to know about Stellan Wahlström Drift Band 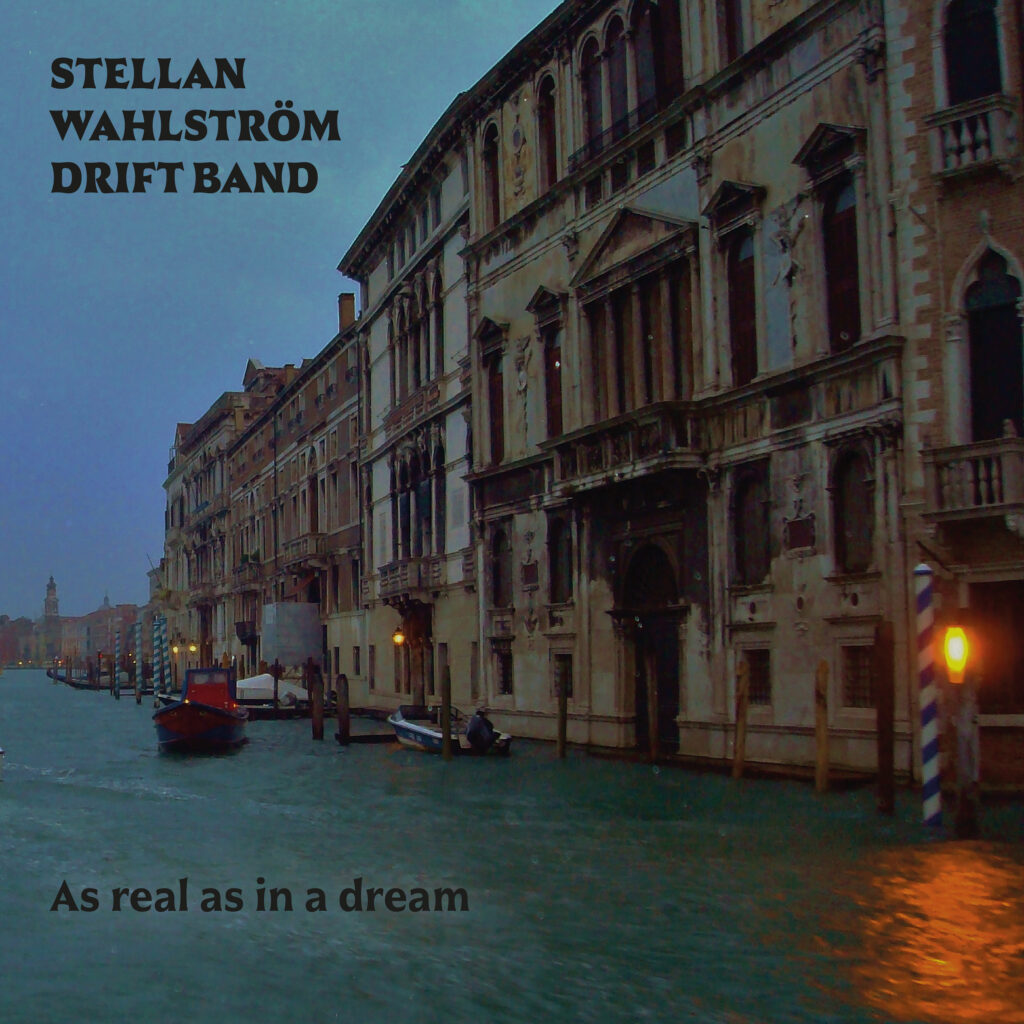 NY based college radio faves Latvian Radio has been slinging their own brand of melodic, boisterous indie/power-pop to
critical acclaim for a decade and a half. Most of their 7 albums have charted on college radio and ended up on multiple best album
of the year lists. With their 8th release “Phooey!” they return to their power-pop roots with an added punch reminiscent of band
favorites like the Replacements and the Plimsouls.
Here’s a first taste of one of the opening tracks of the album – “Make believe”.

“Phooey!” can now be found on any and all of your prefered listening places, although there’s a weird glitch in the first song,
so until that is fixed (very soon), go straight to the second track!

Two great reviews of the new album have already appeared:

“Patric Westoo sure isn’t losing his power-pop touch. Nor has the band lost its flair on Phooey’s many mid-temp rockers. That’s why it’s fun/striking, and not unwelcome, that they begin on such a different tack. As if to throw us off their regular scent. Westoo punches out a faster punk/Flying Nun blend on “Sliding Down A Ladder” then “Make Believe”, with equal success. Turns out any Latvian Radio is good radio.”
– Jack Rabid, the Big Takeover Magazine

Patric Westoo returns to his power-pop roots with his latest effort Phooey! as it recalls Chris Stamey, R.E.M., and The Plimsouls with its catchy jangle on the opening gems “Sliding Down A Ladder” and “Make Believe.” The echoing beat of “Waiting On A Letter” is another winner with its bluesy guitar flourishes over the dense jangling rhythm. The late 60s psyche-pop influences are still there with the catchy “Out This Door,” but the best song here is the bouncy gem “Bloody Mary Me Marie” about meeting a girl at a chance encounter. The chorus echoes out the lyrics and the instrumentation is top-notch here.
The album’s second half doesn’t match that effort, but it still contains great songs like “Not Anymore” and “Genie In Bottle Alright.” The songwriting here is another strength under the surface, as the lone ballad “The Simple Kind” shows a maturity to Westoo’s storytelling ability. This album is a grower that requires a few spins before it sinks in, and it’s worth the effort. Highly Recommended.
– Powerpopoholic

“Intelligent and well crafted by musicians at the height of their imagination and creativity.”
– The Ringmaster Review

“One of my favorites.”
– Absolute Powerpop

“Album of the week! It fuses old school alternative rock and vintage punk with new wave and mod.”
– Motif Magazine